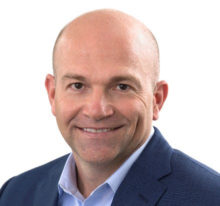 Dirksen J. Lehman has been corporate vice president, public affairs, since June 2013. He joined the company in 2007 as vice president of government affairs, and later added responsibility for global health economics and reimbursement. In his current role, Lehman continues to oversee these functions and also has responsibility for global communications, corporate branding, global corporate giving, and patient engagement. Prior to joining Edwards, he was head of the healthcare practice at Clark & Weinstock, a government affairs and crisis management consulting firm in Washington, D.C. Lehman has also served in The White House as special assistant to the president for legislative affairs, and health counsel for the majority on the U.S. Senate Committee on Health, Education, Labor and Pensions. Lehman received his undergraduate degree from Millersville University of Pennsylvania and his law degree from Catholic University of America.