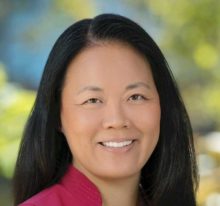 Grace serves as Head of Transactions for Merck’s BD&L Pacific Innovation Hub which encompasses the North American West Coast and Asia Pacific. Her team is responsible for structuring and negotiating partnerships with companies that offer differentiated early-stage therapeutic opportunities. Grace re-joined Merck after five years at Genentech where she led a team of transactional attorneys and negotiated collaboration, licensing, M&A and manufacturing transactions. Prior to Genentech, Grace was an in-house lawyer at Merck headquarters for ten years where she was the lead attorney on numerous early-stage, clinical and commercial transactions with biotech and biopharma companies in the U.S., Europe, Japan, China, India and southeast Asia. In addition, Grace has experience working in Europe where she helped launch U.S. internet companies and prior to that, in New York City where she represented biotech and high technology companies as a law firm associate for Brobeck, Phleger & Harrison. Grace holds a M.B.A. from INSEAD in France and Singapore, a J.D. from New York University School of Law and a B.A. from the University of Virginia.