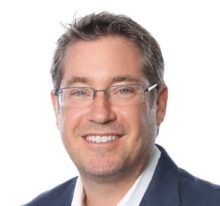 Keith Murphy is Founder, CEO, and Chairman of Viscient Biosciences, which leverages the power of 3D bioprinting in drug discovery, focused on NASH and other disease areas through advanced biological models. Prior to Viscient, Mr. Murphy co-founded Organovo, the world’s premier 3D Bioprinting company and led all company operations until 2017 as CEO and President. He now serves at the Executive Chairman of Organovo. He co-invented the NovoGen MMX bioprinter platform, named one of the best inventions of 2010 by TIME Magazine and recognized in the Economist. He grew Organovo through early investments and corporate partnerships, including alliances with Astellas and Merck. The company started trading on NYSE in 2013, and after going public the company focused on the development of three-dimensional liver, kidney, cancer and intestine tissues. Prior to co-founding Organovo, Mr. Murphy spent ten years at Amgen in roles of increasing responsibility, including four years as the Global Operations Leader of denosumab, now marketed as Prolia & Xgeva ($3B+ annual sales). He holds a B.S. in chemical engineering from the Massachusetts Institute of Technology and is an alumnus of the UCLA Anderson School of Management. He also serves on the Board of Adgero Biopharmaceuticals.