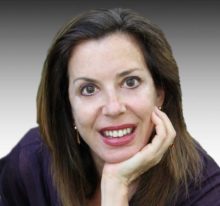 Mara has over 30 years of marketing, branding, public relations, public affairs, crisis communications and media training experience. Her strategic and creative solutions to marketing challenges have helped many companies and non-profits across a range of industries thrive and increase revenues. Mara also is an executive coach.

Mara was founding president of the San Francisco Partnership, a private economic development organization funded by San Francisco’s leading companies and governed by the City’s top CEOs and Mayor Willie Brown. While there, she spearheaded the effort to create UCSF’s Mission Bay campus. For many years, she also was senior vice president and deputy general manager for Edelman Public Relations Worldwide. Mara moved to San Francisco in 1985 to work at KPIX-TV in public and community relations.

Earlier in her career Mara worked in Washington, D.C. where she was a presidential appointee in media relations at the U.S. Consumer Product Safety Commission. She also was an impresario in Connecticut, producing award-winning concerts and festivals, and founded a federal lobbying program for Yale University.

Active throughout her career on corporate, arts and social service boards, Mara currently serves on the advisory boards for Startgrid, Wavepoint Ventures and is co-chair of the board of Kitchen Sisters Productions. She recently served on the board of Golden Gate Bank and advisory boards for Wells Fargo Bank and Greater Bay Bancorp. Mara graduated with honors in cultural anthropology from the University of Michigan. She speaks Portuguese and Italian.