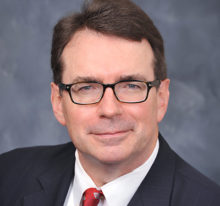 Rick E Winningham has served as Chairman of the Board of Directors of Theravance Biopharma, Inc. since July 2013. He has served as Chief Executive Officer since its spin‑off from Theravance, Inc. Inc. (renamed Innoviva, Inc. in January 2016) in June 2014. From October 2001 to August 2014, Mr.  Winningham served as Chief Executive Officer of Theravance,  Inc., where he also served as Chairman of the Board of Directors from April 2010 to October 2014. From 1997 to 2001 he served as President, Bristol-Myers Squibb (BMS) Oncology/Immunology/Oncology Therapeutics Network (“OTN) and also as President of Global Marketing from 2000 to 2001. In addition to operating responsibility for U.S. Oncology/Immunology/OTN at Bristol-Myers Squibb, Mr.  Winningham also had full responsibility for Global Marketing in the Cardiovascular, Infectious Disease, Immunology, Oncology/Metabolics and GU/GI/Neuroscience therapeutic areas. Over a fifteen-year period beginning in 1986 with BMS and its predecessor, Bristol‑Myers, Mr.  Winningham held various U.S. and global management positions. During his tenure with BMS, he was associated with the development and commercialization of several major pharmaceutical products, such as Taxol®, Paraplatin®, Zerit®, Videx®, Reyataz®, and Abilify®.