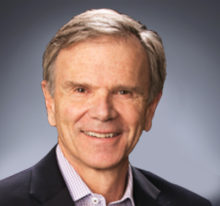 Fred Dorey is a Special Counsel in the Life Sciences and Clean Technology Groups of Cooley Godward Kronish, LLP in Palo Alto, CA, where he represents biotechnology, clean energy and technology companies. His practice includes corporate formation and finance, technology licensing and strategic partnering. He also represents a number of foundations, research institutes and universities. Prior to joining Cooley, Mr. Dorey helped organize, and was the first President of the Bay Area Bioscience Center, (now California Life Sciences Association, also known as CLSA), the regional consortium of research universities, companies and local governments that promotes biotechnology in Northern California.  He also served as part-time general counsel to several early-stage biotechnology companies. Previously he was General Counsel of the subsidiary of British Petroleum that handled all of BP’s oil exploration and production in the United States, and served with the Office of International Affairs of the Department of Energy in Washington DC. He is a director of Community Health Charities, the California Life Sciences Institute, and serves as a member of the Beachheads program of the New Zealand government, and the Advisory Board of the Gladstone Institutes. He received his J.D. from the University of Southern California and a B.S in Engineering from UCLA.